Hire Ruby on Rails Developer for $1290 a month!

RUBY GEM : A gem is a library in Ruby. It consists of a particular functionality and also any files or assets that are related to the functionality. It can be used for handling currency, integrating credit card processing, and so on. It reduces the amount of coding for developers because developers no longer have to write it themselves.

Rails: Developed by David Heinemeier Hansson, Rails is a web application framework in Ruby. Rails makes web application development faster than any typical Java framework. It is open-source and free for use.

Because of this feature rich nature of Ruby On Rails, there has been a huge demand to hire Ruby On Rails developer among the companies to work on their projects.

Convention Over Configuration: This means that Ruby on Rails web developers need to specify the unconventional parts of the application only. Convention over Configuration reduces the number of codes and in turn, makes it less repetitive. For instance, if a model has a class sale, by default, the corresponding table in the database is “sales” however, if a developer wants the table to be “products sold” and not “sales” he need to write codes for it.

Don’t Repeat Yourself: This means that the information located is not repeated. For instance, if a developer uses Rails’ Active Record module, he need not specify the names of the database columns in the class definitions. Ruby on Rails can automatically retrieve the information from the database that is based on the class name.

How To Hire Ruby On Rails Developers With GlobalEmployees?

Take A Look At Our Ruby On Rails Developers!

Features Of Ruby On Rails:

MVC Architectural Support: Ruby on Rails is based on Model-view-controller architecture.

Library Facility: Ruby on Rails comes with many libraries that simplify the coding process for developers. Developers can quickly perform tasks like sessions management, form validations, and so on.

Active Record: Active Record is a Rails framework. This framework saves objects into the database by locating them. It finds the columns in a database schema and uses metaprogramming to attach them to your domain objects. 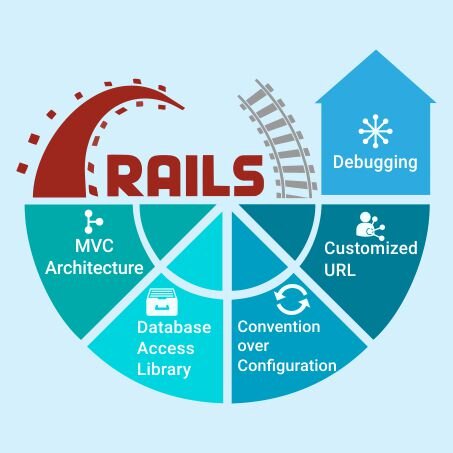 Automatic Scaffolding: Sometimes, Ruby On Rails web developers need to create temporary codes before developing an app to check how significant components function in collaboration. Rails automatically creates these codes and make the task easier for you.

Automated Testing: Rails has a built-in testing facility. It creates automated tests. You can also extend these tests by using Rails support codes, harnesses and fixtures.

Three Environment: Rails provides three environments by default to facilitate web development for developers. These are development, testing and production.

Components: Components are used for storing reusable codes. They can also be used to modularize templates

When Should You Use Ruby On Rails?

Ruby on Rails is widely used for building websites for various enterprises.

E-commerce Website: For e-commerce websites, some of the significant concerns are performance, security and user experience. This is why Ruby on Rails is perfect for building such websites. It is a highly stable framework which also ensures a high level of website performance. When you create a website using RoR, it is safe from SQL injections, cross-site request forgery, cross-site scripting, and other such attacks. The framework comes with some powerful security mechanisms that protect the website. At the same time, Ruby Gems has several e-commerce elements like payment gates, email marketing solution, inbound marketing software, and so on that help to create a satisfying user experience.

SaaS: Ruby on Rails is perfect for Software-as-a-Service products. These web applications need to be fast, secure and scalable. They depend on fast APIs so that your server can communicate and exchange data without any hassle. Rails is embedded with REST or Representational State Transfer architecture that helps in developing APIs. Rails also has powerful debugging and testing tools which ensures the development of glitch and error-free websites.

Who Is A Ruby On Rails Developer?

Why Choose Ruby On Rails?

There Are Many Reasons Why Developers Prefer Ruby On Rails Over Other Programming Languages. Here Are Some Of The Reasons: 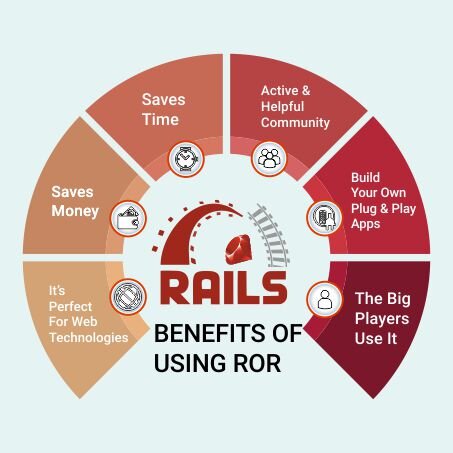 Beginner: At the beginner or entry-level, a developer has several duties like setting up the environment for rail, managing databases, handling requests, so on. He or she must perform all the essential tasks required in Ruby on Rails-based applications.

Mid-Level: A mid-level developer must perform all the functions of an entry-level developers. Additionally, he or she must also have proficient knowledge of Active Record Associations, Object Orientation and Design Patterns.

Experiencedl: An experienced Ruby on Rails developer must be proficient in Ruby Metaprogramming and database modelling. He or she must also be skilled in planning, estimating and monitoring the applications. He or she must have analytical skills as well for identifying and fixing performance-related problems.

How To Be A Ruby On Rails Developer?

The Ruby Association certifies the Ruby Programmer examinations. Theses exams are specifically aimed at engineers and developers who develop Ruby-based systems, system proposals and for those who teach Ruby. Currently, there are two levels of qualification. These are:

“Global Employees have always provided us with quality candidates. We have had great successes filling positions that when kept in the offices were high-turnover. The quick learning of their associates along with their continued tenure and longevity have saved us countless hours in continued training and recruiting costs and efforts.”
Tim
(Internet Brands)
“We are extremely happy with our frank, open, and honest relationship with GlobalEmployees. Their solution and delivery capabilities not only improved the quality, but also reduced the cost of implementation. Glad I found GlobalEmployees, saved thousands of dollars.”
Jason
(ErgoMotion)

Do I have the choice to review resumes, test the candidates, and conduct interviews?

Yes. GlobalEmployees submits several resumes of experienced candidates. You can then interview and test any candidate to determine if you’d like to hire them as an employee. Interviews are conducted over the phone or Skype.

What do I need to do to have the candidate selected start working for me?

Before the employee starts working for you, you have to;

How many hours/days does my employee work?

Normal business work hours are eight hours a day, from Monday to Friday, throughout the month. This does not include any time taken for breaks or for meals.

Am I responsible for any Insurance/Law obligations & liabilities or any Taxes as a result of hiring an employee?

No. Your employee is on the payroll of GlobalEmployees. Subsequently, you have no employment tax, insurance, or labor law obligations/liabilities.

Are there any start-up costs, hidden charges or any other charges besides the monthly fee?

No. There are no hidden charges. The price quoted with each submitted resume is the full and complete cost for the entire service. The only exception is if your employee requires software or hardware that we do not provide and is costly to acquire.

What is the hiring process?

The Process to Hire a Resource is Quite Simple:

Why Hire Ruby On Rails Developers From GlobalEmployees?

Here Are The Benefits, If You Hire Ruby On Rails Web Developer With Global Employees 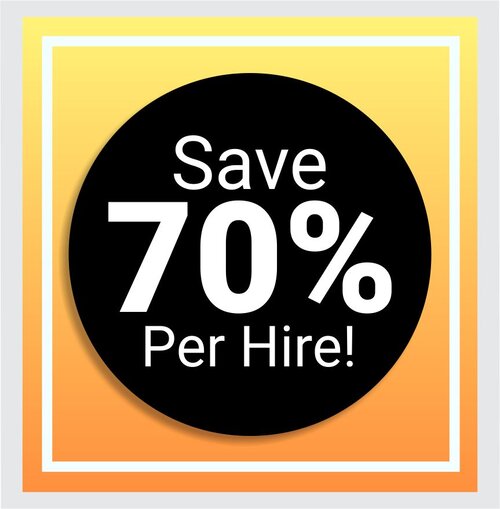 The Overall Process To Hire Ruby On Rails Developer Usually Takes 1-2 Weeks From The Time You Convey The Requirements.